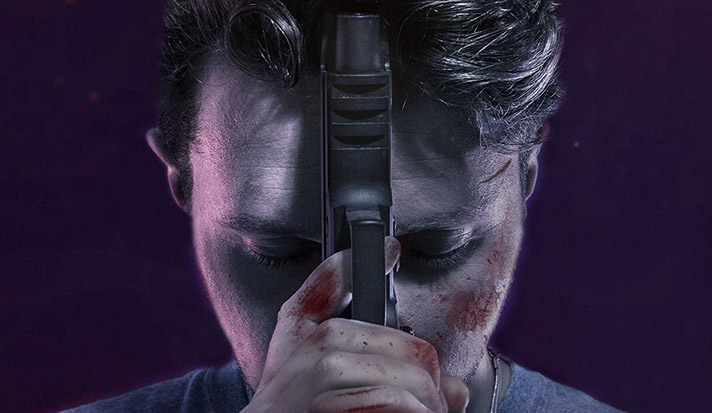 An year ago I was approached by a team of young UK movie makers, who found my details by coming across my creative portrait photography portfolio.

With the request of creating visuals for their new indie movie “Blood Money” and a really tight budget, we were already heading to the studio.

As I mentioned they had very tight budget so I decided to help them out with the photoshoot – it is very important, for as artists of any kind, to support each other.

Also, I decided to write about this experience, not only to show and tell about what we did on the day but also to cover two important aspects – which most, inexperienced, people  may not consider when working with photographer.

The very first thing I’d like to cover is about licensing the images :

In our very first communication, mainly over emails, I had the impression that we were talking for a really small project, so as I mentioned, I agreed to help the guys with doing the whole job for a really small fee. Then on the day when we were traveling to the studio, where the photoshoot was going to take place, we had enough time to talk about different topics. Somehow as the time was passing by we reached the topic of how they were going to handle the distribution of the movie. It turned out that they had already, quite big, target of market – like Netflix, Amazon, Microsoft etc.

Then I went quite, for a second, as I knew that they weren’t going to take well what I was going to tell them. Yes I brought the issue about licensing the images up, and of course their first worry was that they needed to pay me more money for what we agreed, for the photoshoot. It took me a while, almost like a two weeks of emails and sending over links with educational material on what the image licensing release stands for and the benefits of having one.

The issue of licensing images can take entire blog post on its own, that is why I won’t be going into more details here. However we managed to come to an agreement so they signed my image licensing release document, which by the way I gave them the rights of my images to be used for the next following year without extra charge. My point here was not to make money out of this young artists, who were trying really hard to establish themselves into such hard and competitive industry, but to play by the rules as things could be very variable and changeable within the movie industry.

Keep in mind, an image could hold huge commercial potential if you have the platform, the knowledge and the drive to explore it and make it work for you. That is why I knew I need to obtain my licensing release, mainly because I was sure that this young lads weren’t familiar with all of this.

Then as it turned out, I found out that they managed to, very well, commercialize the images I created for them – and turned them into selling product, not only DVD cover.

Next thing I wanted to talk about was the photoshoot itself.

So, we are going back to the tight budget issue we had for this project. It was an issue to the fact that they hired small photo studio for 4 hours only. Ok 4 hours my seems like a lot but it all depends on the volume and the complexity of work that need to be done – for what they had in mind this 4 hours were insufficient.

Now I’m not writing this, by any means, to blame the guys or anything, but to educate other people who, obviously, don’t have the experience or haven’t been working with photographers before.

To keep the long story short, I will just outline how photoshoot takes to be organized.

As I said it’s all depends on the volume of work needs to be done and the complexity of it. For what they needed I needed to cover something like 6 different setups and 4 models, in a studio that I never used before.

As I explained to them on the day – we needed to proceed like this:

Like this we are creating stress free working environment (which is very important when creating creative work) for everyone on the setup, and nevertheless a better results are achievable.

Besides this two issues, everything went well and we created the scheduled images. It is a second year where we are signing the release of use document and everything it’s just fine.

Thank you for reading this blog post, and you are more than welcome if you’d like to add your comments to this story.

Corporate photography and portrait session with one flash
04/10/2017